Tetris is the largest selling game in history, although it's profits are still exceeded by Pac-man.  It can be found on more than 60 platforms, including mobile phones, ATM machines, and handheld electronic organisers.
When someone plays Tetris for a significant amount of time it can incur upon their other thoughts, mental images and dreams and they can develop Tetris Syndrome.  People who play Tetris for a prolonged amount of time may then find themselves thinking about ways different shapes in the real world can fit together, such as buildings on a street or boxes on a shelf.  I recall having Tetris Syndrome in the late 80's.  I remember picturing what shape brick would best fit between various parked cars and between the edge of the TV screen and the News readers head! 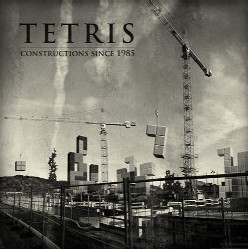 A similar effect occurs with other computer games and can occur with any prolonged visual task (such as sorting fruit, driving long distances, etc).  It also manifests in the other senses, like that tune you can't get out of your head or sailors still walking with "sea legs" on land.  In more extreme cases people also see images of falling Tetris shapes at the edges of their visual fields or when they close their eyes, they may also have dreams involving falling Tetris shapes.
Despite Tetris Syndrome the impact of the game on the human brain isn't all bad.  A 2009 Oxford study suggests Tetris-like video games may help with Post Traumatic Stress.  If the game is played soon after a traumatic event, the preoccupation with Tetris shapes is enough to prevent the mental recitation of traumatic images.  It specifically interferes with the way sensory memories are laid down in the period after trauma and reduces the intensity, accuracy, frequency and overall number of flashbacks that are experienced afterwards.  So keep a Gameboy in the first aid kit to treat traumatic shock.

Developed in the Soviet Union in 1985 by Alexey Pajitnov at the Computer Centre of the Russian Academy of Sciences.  Based on an ancient Roman puzzle Pentamino, the game  was called  Genetic Engineering and shaped pieces made of text characters were moved about the screen with cursor keys into spaces.  Alexey came to insist the pieces should fall from above into a well and began calling the game Tetris.  As the developed the game, Alexy and his team had trouble finishing the code as the testing process was so addictive.
At the time in the Soviet Union individuals were prohibited from engaging in private business.  Additionally, the Russian Academy of Sciences technically owned the game, since the code was written on the Academys computers.  Alexey showed Tetris game to Vladimir Pokhilko a clinical psychologist who was experimenting with the use of puzzles for psychological tests.  Vladimir instantly saw the mass appeal of the puzzle.  Alexey and Vladimir began leaking the game outside the country in an effort to bypass Soviet politics.  Tetris became the full focus of Alexey's time, and the game evolved into the full graphical version complete with sound and music based on Russian folk songs. 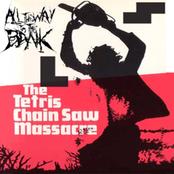 When the CEO of British software company Andromeda saw the game in Budapest he behaved like a 17 year old software pirate and started selling copies to companies (like Microsoft) around the world without any legal rights to the game.  When Andromedas activities were discovered by the Russian programmers they hesitated at revelling their project to their Government.  Before they decided what to do, Andromeda wired contracts for the rights to Tetris directly to the Russian Academy of Science itself, then the CEO flew to Moscow to sign the deal.  The Academy had no idea who he was or what he was talking about.  Meanwhile Tetris, already released by Spectrum and Microsoft, was causing a sensation.

In 1986 the government created a new department, Elektronorgtechnica (ELROG), The Russian Ministry for the import and export of software and took over all rights to the game.  Alexey and Vladimir considered selling the game to software companies directly, but were sure they would end up in a Soviet prison.  Over 10 years, ELROG brokered deals with Nintendo and Atari and Alexey saw none of the $40 million in royalties.  ELROG ruled that Andromeda had been selling rights to a product they never owned, however by this stage Mirrorsoft and Spectrum had already sub-licensed their rights to the game, causing their licensees to engage in legal battles around the world.  Nintendo, Tengen, Bullet-Proof Software, Blue Planet Software and Sony were in all shapes of interlocking litigation with each other, leaving the original programmers effectively blocked out.
In 1996, the ELORG restrictions in the Soviet Union expired, and Tetris rights reverted to Alexey. Together Alexey and Vladimir launched AnimaTek International.  Under the name The Tetris Company, AnimaTek claimed to hold copyright and took out trademark registrations for Tetris in almost every country in the world.  In 1998 the company began experiencing difficulties brought on by economic upheaval in Russia.  Alexey believed he would be the fall guy if he could not find capital somewhere and went on tour to see what he could drop into place. 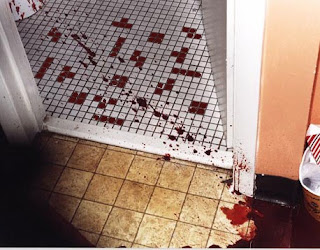 Thinking he was unsuccessful Vladimir Pokhilko snapped.  One Monday evening at his home, he apparently took a hammer and bludgeoned his wife in the back of the head a dozen times and stabbed her in the back repeatedly with a hunting knife killing her.  He then went into his 12 year old son’s bedroom and stabbed him some 30 times while he slept.  Finally, he slit his own throat and died on the floor face-down in his son's bedroom.  He left a less than coherent suicide note which read:
"  I'VE BEEN EATEN ALIVE.
VLADIMIR.
JUST REMEMBER THAT I AM EXIST
THE DAVIL.  "
The police investigation was brief, after discovering the note all the pieces fell into place.


In a cruel twist of fate, representatives from the Japanese computer giant Squaresoft, unaware of the deaths, showed up Wednesday in AnimaTek's offices. They were ready to wire $200,000 to AnimaTek's accounts for the next day.  Since then The Tetris Company has sent cease and desist letters to web sites that misused the Tetris trademark as well as to Google insisting that 35 Tetris-clones be removed from the Android Market.
10 daily games at gamesforwork.com
But if you want to get more involved in the game, you can try First Person Tetris and experience the game from the tetrominos perspective.
Posted by MrVampire at 11:08 PM