The Medical Uses of Urine

OK so this is part two of the post a couple of weeks ago regarding The Domestic Uses of Urine.  There's also a wee bit of an update to that here.

Urine has been used as a healing substance, both externally and internally in all parts of the world through history. Urine contains vitamins, minerals, proteins, enzymes, hormones, antibodies, and amino acids, steroids, thousands of compounds in all.
One of the prescriptions the Damar Tantra, an ancient Sanskrit text is massaging one's skin with fresh, concentrated urine.  The Sahih Bukhari Islamic text, quotes the Prophet Muhammad advocating drinking camel's urine as a medicine in several verses.

In Roman times, there was a tradition among the Gauls to use urine to whiten teeth, both as a rinse and a tonic.  In 17th century France, wrapped urine soaked stockings around their necks to cure strep throat.  Aristocratic French women reportedly bathed in urine to beautify their skin. The details as to who's urine this was is open to speculation, aristocratic French women reportedly did a lot of things.

In the early 1800s, a book titled One Thousand Notable Things describes the use of urine to cure scurvy, relieve skin itching, cleanse wounds, and many other treatments. An 18th century French dentist praised urine as a valuable mouthwash and tooth whitener. In England during the 1860-70s, the drinking of one's own urine was a common cure for jaundice. Alaskan Eskimos used urine as an antiseptic to treat wounds.

Peeing on a hand towel and applying the urine directly to the face has been known to reduce acne. Some sports professionals and even dancers have used urine to treat athletes foot, simply by urinating on the feet will cause the athletes foot to reduce or even cure completely.  Madonna has admitted to using this method, apparently it worked like a prayer.  Dolores O'Riordan from The Cranberries admitted on a music TV show that when she was first learning to play guitar she had a serious problem with calluses on her fingers which she treated with this method under instruction from her band mates.  This may have been the influence in deciding the title of their 1993 album "Everybody Else Is Doing It, So Why Can't We?". 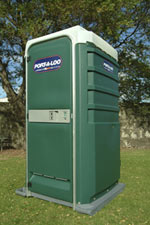 Urokinase, an enzyme extracted from human urine, is being used to treat victims of heart attacks.  But where is all this medical pee coming from?  Well it is being collected by pharmaceutical companies in association with porta-loo companies. That's right, the ingredients for the pill millions pop on their tongue is collected from those reeking portable toilets that we all hate to use.  When you take a wiz at your favourite outdoor concert you may be making a donation. The Porta-loo features a filtering system that collects the pee proteins for later manufacture into urokinase.

Horse urine from pregnant mare's has high amounts of estrogens, which is isolated and sold as Premarin hormone therapy for women.  Ingestion of urea has been found to increase the antibacterial activity in urine itself against urinary tract infection.  Other compounds in urine used in medication are gastric depressants for ulcers and allantoin in ointments to promote wound healing. 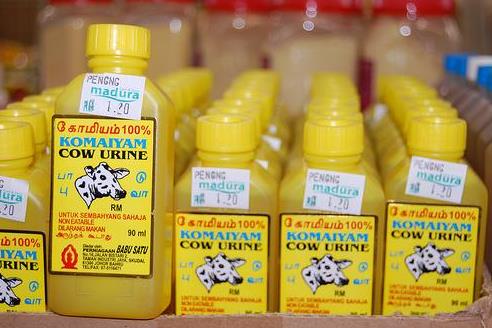 The tonic of first morning urine is prized widely by pee-drinking advocates many of which believe that because the resting body uses less vital nutrients than during the daytime, it releases the unused excess into the morning urine.  Kind of like a do it yourself vitamin supplement with your breakfast toast.

The hormone melatonin is present in morning urine in significant quantities but much less during the day due to its secretion being shut off by the eyes exposure to bright sunlight.  Melatonin, when ingested, provokes tranquillity and heightened visualisation, working as a mild analgesic.  Why bother with finding an opium dealer when you could be drinking pee.
Despite the positive fizz of urine therapy, urine's ability to concentrate substances is not always a beneficial one. A diet high in salt leads to urine high in salt. And slurping down extra salty piss will give you diarrhoea.  In a similar but more deadly vein other toxins can become harmfully concentrated in the urine and pee recyclers with toxins creeping into their diet will soon find them selves on a much faster downward health spiral.
Know your supplier! You may be guzzling down a great deal more than you bargained for.  If the pee you choose to drink is your own, wash down below thoroughly and then collect the urine mid-stream.  If the urine belongs to another person, consider that there are certain viruses and bacteria that can be carried in and 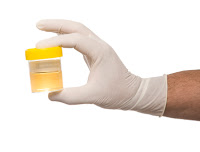 transmitted through the urine (such as Hep-B).  Drugs and hormone pills (birth control) leave traces in the urine, so feel free to accuse anyone with man boobs of being a pee drinker.  Taking a drug test after drinking the urine of someone taking performance enhancing drugs could cost you your victory.  Then again if you fail your next sports competition drug test you could try blaming your wee lifestyle choice.
Posted by MrVampire at 10:21 PM