The Domestic Uses of Urine

In addition to marking your territory, the uses of urine are far to many to cover in just one post. So I'm going to split the topic into domestic and medical.
On a domestic level the highly alkaline properties of urine give it chemically similar properties to detergent, soap and bleach. In the first century, the Roman's valued the use of urine that they imposed a tax upon it. This tax, if nothing else, was a good way to piss off the populous.
One of the most well known uses of urine is in the leather tanning process. Once soaked in urine, the flesh and fatty tissues semi-dissolve and can be scraped off much more easily. In a later phase of the tanning process, urine is rubbed onto the outside of the skin to remove any unwanted hair.
Being so effective at removing rotting meat and fat, urine was often used to clean cooking and eating cutlery. In places where water is scarce this is still sometimes practiced. In East Africa where clean water is almost non existent, people are realised from birth having their cooking pots and drinking cups washed in cow urine. Some have developed a taste for the flavour of cow urine, and members of some tribes will add cow pee to their milk. Keep that in mind the next time you into a glass of banana milk.
Blacksmiths often used urine in the final stage of the smithing process, many believing that urine created a higher grade metal over simple water when used to temper swords and gave it a nice wee sheen. 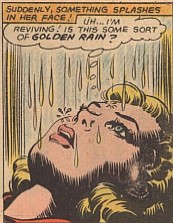 But where would the fabric dying industry be without the miracle golden stream? As a cleansing agent before dyeing it removes oils and dirt. As a colour extracting agent, certain plants soaked in urine will yield a rich useable pigmentation. A bucket of wee is also an effective dying medium and fixative to set colours. It's said in the old days fabric makers would leave a large tub at the local pub for donors to freely contribute. Behaving like a reverse milkman, the dangerous bit was lifting it up overhead onto the collecting cart.
High in ammonia urine has been used as a bleaching agent for thousands of years. While modern advertising of cleaning products frequently refer to the ability to remove urine a little wee can actually help remove suborn stains. Next time you need to go while doing the laundry, just a tinkle into the washer and you can whiten those whites.

Although not a common practice, the addition of urine in the cheese-making process is known to make a richer, stronger tasting cheese. For some reason this is highly sought after by those who've tasted it. One wonders what flavour would be printed on the supermarket label? 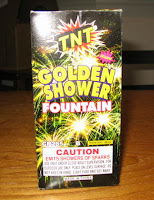 If you take a heavily urine soaked lump of dirt, place it in a bucket wire mesh in the bottom, and then repeatedly run hot water through it, you'll get little crystals of potassium nitrate. Mix these crystals with sulphur and powdered charcoal and you'll have gunpowder. See I wasn’t lying about the explosive power in my (damp) underpants.
In ye old times a little wee was used to dissolve away ink from parchment. It was like a personal delete button for scribes and friars, and a god reason to get out of the habit of licking your fingertips to turn book pages.

A medieval concoction that allegedly repaired cracks in gold objects called chrysocollon, had a traditional recipe as such: An innocent young boy must urinate into a mortar of red copper, while a pestle (also made of red copper) is in motion. Next, the mortar of urine must be exposed in the sun until it has become as thick as honey. Perfect for mending that favourite drinking goblet you broke. 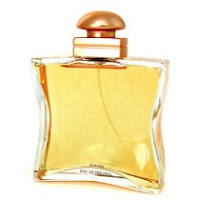 Strangely, hanging coral in the urea rich fumes of an outhouse causes it to regain it's vivid colour. More strange is that hanging musk, among the fumes will revive its potency. Check the ingredients in most perfumes you’ll find urea, I always said the French label read as toilet water.
As a shampoo the alkaline properties of urine can cut through greasy build-up and leave your hair softer and more manageable. Look at the ingredients of your store purchased bottle and you may find out what you're rubbing into your head. However, don't expect showering under the source to have the same fragrance as your favourite brand.
Similarly as a face and body wash, a little pee will easily clean away dirt and oils from your skin. Many believe it gives their skin a softer, more radiant appearance. Feel free to use your imagination as to how this was discovered. Today distilled urea from urine is in almost every beauty product you can think of. One wonders where the beauty industry sources it's urine from. Is there some elaborate mechanism to collect the urine of animals? Or do the third world factory workers get payed a bonus for donating? 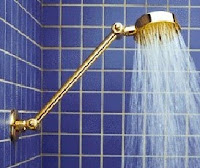 So throw out all your detergents, washing powders, soaps, face creams, shampoo and perfumes and switch to the bedpan for all your domestic needs. For there's a lady who knows, all that glitters is gold… and in a couple of weeks I’ll post part two: The medical uses of urine.