Given enough time and right environmental circumstances, undisturbed poo begins to fossilise in the ground. When unearthed at a later date, Paleoscatologists (ancient poo specialists) go shit crazy over this desiccated human dung, referring to logs of hardened crap under the more scientifically respectable names of coprolite or paleofeces (specifically human corpolite). 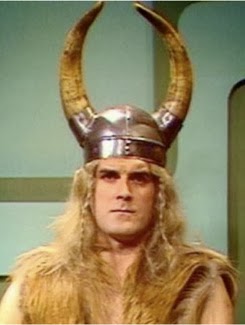 The biggest recorded coprolite was found in 1972 by archaeologists excavating the Viking settlement of Jórvík in York, northern England, measuring 23 cm long.  Known as The Lloyds Bank Coprolite, it was found in beneath the site of what was to become the York branch of Lloyds Bank, it is a paleofeces, and is believed to be the largest fossilised human turd ever found.  Analysis of the weighty stool has indicated that its producer subsisted largely on meat and bread, and the presence of several hundred parasitic eggs suggests he (or she) was riddled with intestinal worms.  In 1991, paleoscatologist Andrew Jones made international news with his appraisal of the item for insurance purposes, saying: "This is the most exciting piece of excrement I've ever seen. In its own way, it's as valuable as the Crown Jewels".  Proving that not all that glitters is gold. 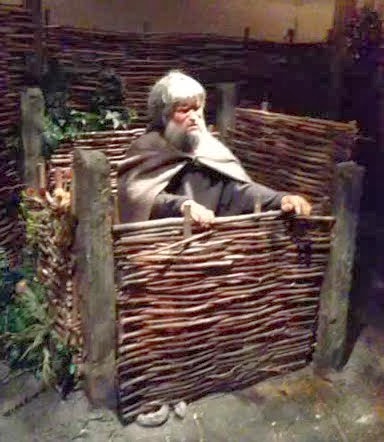 The specimen was put on display at the city's Archaeological Resource Centre run by the York Archaeological Trust. Unfortunately in 2003 tragedy struck, a curator removed removed the paleoturd from its display for a party of VIP's to fondle and in his excitement dropped the fossilised bum nugget breaking it into three pieces.  Fortunately it was reconstructed that same year and in 2008 it was transferred to a display at the JORVIK Viking Centre, where it is now on permanent display nearby a life-sized animatronic Viking townsman in the act of squatting above a Viking latrine.

Posted by MrVampire at 1:13 AM