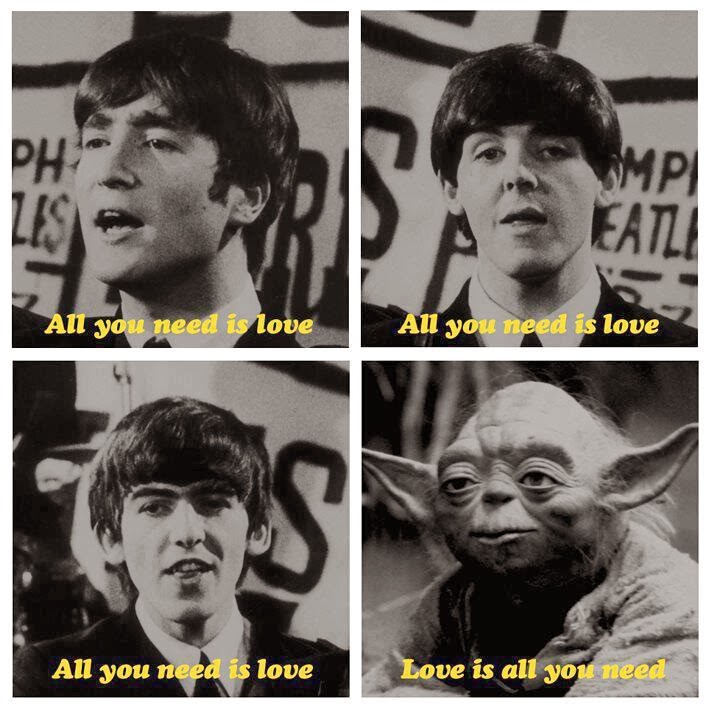 Released in July 1967 All You Need Is Love was written by John Lennon and credited to Lennon–McCartney.
The song is notable for its asymmetric time signature and complex changes. The prominent cello line draws attention to this departure from pop-single normality, although it was not the first time that the Beatles had experimented with varied meter within a single song. Throughout this song McCartney's bass implies many additional chords over those played by the other instruments.
The song starts with the intro to the French national anthem, La Marseillaise, and contains elements from Glenn Miller's 1939 hit In The Mood, as well as elements from Wayne Shanklin's 1958 hit Chanson D'Amour.  During the long fade-out to the end of the song, elements of various other songs can be heard, including Greensleeves, Invention No. 8 in F major (BWV 779) by J.S. Bach, Glenn Miller's In the Mood (yes again), and the Beatles' own 1963 hit, She Loves You.  Friends and studio people made hand claps and sang background vocals, including Mick Jagger, Keith Richards, Keith Moon, Graham Nash and numerous others (although Yoda was not present for the original recording).
Posted by MrVampire at 1:37 AM