The Eagles Hotel California is the title song from the Eagles' album of the same name, released as a single in February 1977. The first working title the music had (before the lyrics were decided) was "Mexican Reggae". 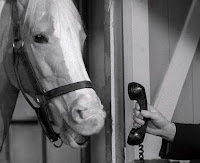 Over the years the abstract nature of the lyrics has led many people to devise their own interpretations. Rumours once circulated that the hotel was in fact the Camarillo State Mental Hospital. Also in the 1980s, some Christian evangelist groups alleged that it referred to a San Francisco hotel purchased by Anton LaVey and converted into the Church of Satan. But if you listen closely you will realise the song is actually a reference to hair gel, flatulence and the talking horse from the TV show Mr Ed. Don Henley is actually singing:

"On a dock, there's a highway. Cool Whip in my hair.
Warm smell of released gas rising up through the air."

and
"Then she lit up a Ken doll, And she showed me the way.
There were horses down the corny door, thought I heard them say."

as well as
"So I called up the Captain, Please bring me my wife.
He said, We haven't had that spirit here since nineteen sixty nine.
And still those horses were calling from far away."
Posted by MrVampire at 2:21 AM