It's Easter so here's some Easter Week and After songs of the IRA to put you in the festive mood by Dominic Behan. 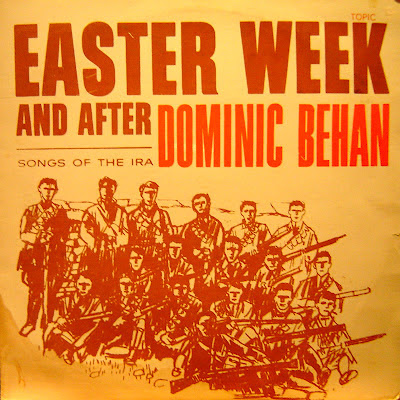 The Irish Republican Army (IRA) was descended from the Irish Republican Brotherhood, an organisation established on 25 November 1913, that staged an insurrection in Ireland during Easter Week in 1916 called the Easter Rising. The insurrection was suppressed after seven days of fighting, and its leaders were court-martialled and executed. Thereafter, the IRA waged a guerrilla campaign against British rule in Ireland from 1919 to 1921 when a treaty was signed. But some IRA members were still not happy and division turned to civil war until around 1969. 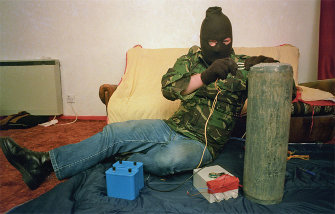 From the end of the 1960's to present day the IRA has splintered greatly with all splinter groups claiming legitimacy, though most Irish people dispute of the claims by these splinter groups.  Mostly because they're just a bunch of guys who like to blow things up for attention of their own agenda.
Posted by MrVampire at 3:35 AM