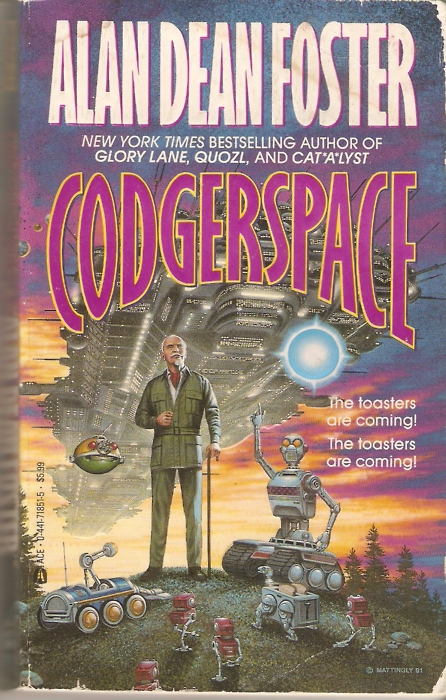 Normally I just make a few snark remarks about the book cover, however, this month I have discovered a book that I seriously want to track down and read!  So I'm just going to give you the story outline.

The remains of a leftover cheese sandwich cause all the machines with artificial intelligence to begin to contemplate the universe and search for signs of higher, non-human intelligence. One particular food processor that works at a retirement home on Earth discovers an alien warship that has been buried for one million years on Earth, with the assistance of five of the retirement home's residents.  The Earth, now a combination theme park and retirement planet, is invaded by secret agents posing as tourists and the aliens return to threaten extermination.  The immense ship is eventually airborne with the five retirees and the food processor and readies it's self for combat against both the aliens and the humans.

The toasters are coming!

Posted by MrVampire at 3:38 AM