In the Guns N' Roses song Paradise City, Axle rose can be heard to sing:
"Take me down to a very nice city where your ass is green and the grills are pretty"

And in their song Sweet Child O' Mine you can hear the lines:
"She's got eyes of the bluest skies as if she were insane
I'd hate to look into those eyes and see a mountain range"

If you listen closely to the song Welcome to the Jungle, Axl may be making a plea of his idol Charles Manson, he sings:
"Be on my, my, my surfin' team" 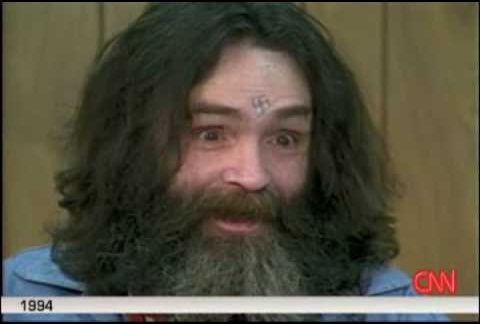 In November of 1993, Guns N' Roses released a collection of punk and glam rock covers entitled The Spaghetti Incident?.  An unadvertised cover of Charles Manson's song Look at Your Game, Girl was included on the album at Rose's request despite protests from Rose's band mates.  The CD release gave no track number to the song and could only be found by listening through the silence after the final documented track on the album. 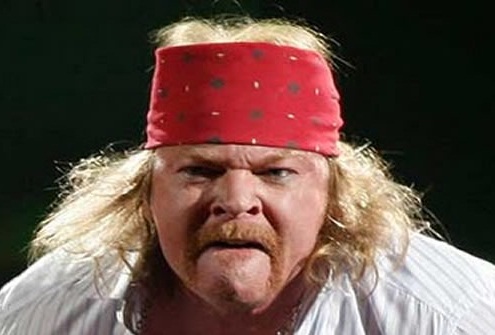 Later, in early 2000, Axl said that he would remove Look at Your Game, Girl from re-issues of the album, citing that critics and popular media "misinterpreted his interest in Manson" and that "a misunderstanding public no longer deserved to hear it".  However, the song is still present on the album, and recent re-issues have the song as a separate 13th track.

Posted by MrVampire at 1:58 AM