A 1931 educational booklet about cigarettes pubished by a cigarette company so you know it's the truth. 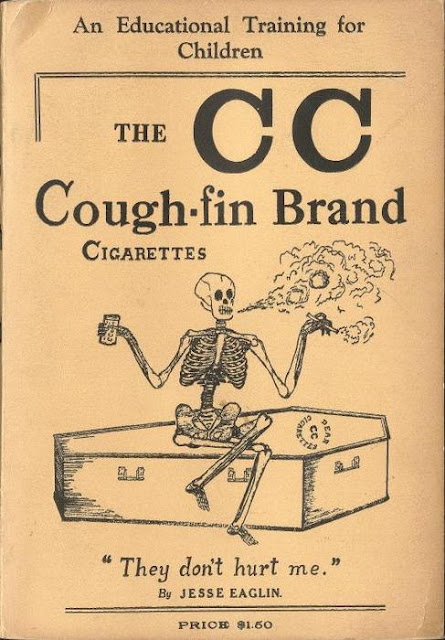 Remember: Cigarettes don't harm the undead.  Back in the late 1800s cigar smoke was one of the treatments for asthma.   These days  the most frequent source of fires leading to loss of lives in private homes are attributed to cigarettes. 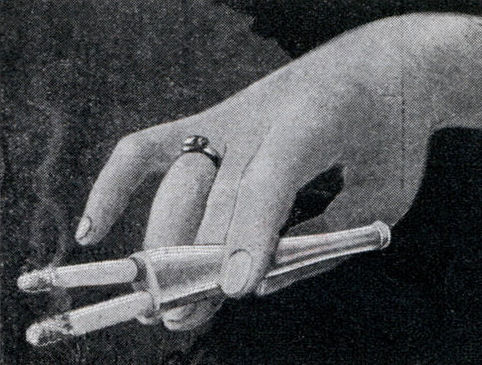 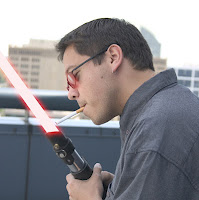 The first anti-tobacco campain was by the Nazi party in Germany before the first world war, after German scientists discovered a link with lung cancer. Adolf Hitler was a heavy smoker in his early life but gave up the habit, concluding that it was a waste of money. In later years, Hitler viewed smoking as "decadent" and disapproved of the military personnel's freedom to smoke.  He was angered when a statue portraying a cigar-smoking Goring was commissioned. Adolf Hitler is often considered to be the first national leader to advocate nonsmoking, (although James VI and I of Scotland and England predated him by three hundred years).  So keep smoking or peoole will think you're a Nazi.
Posted by MrVampire at 3:29 AM