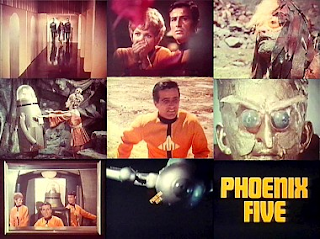 I've recently been made aware of an extremely low budget Australian Sci-Fi Series called Phoenix Five made in the 1960's.  And from what I can ascertain it's as absolutely as awesome as that sound.  I can't believe no one ever told me about this before, and it turns out it was the third in a trilogy of related TV sci-fi serials.

Phoenix Five has been accused of ‘cheaply going where Star Trek had boldly gone before’, but that acutely does it an injustice.  To understand Phoenix Five you have to first understand the preceding two serials of it's trilogy, The Interpretaris and Vega 4.

The Interpretaris aired in October 1966 and was in production before Star Trek went to air that September.  Filmed in black and white, the Interpretaris was set over 500 years in the future, with the Earth at the centre of a peaceful federation of planets. The title refers to the spacecraft, ‘The Interpretaris’ the flagship of the World Council fleet. The story centres around the crew returning alien specimens to their home worlds while outwitting an evil scientist. 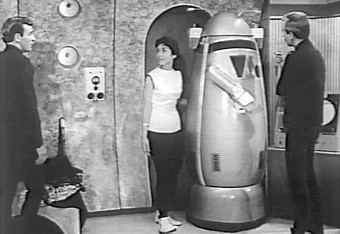 It's interesting to note that The Interpretaris featured a Russian crew member from its start, significantly before the Star Trek series introduced Chekov.  It also featured a cumbersome computeroid (robot) called Henry.  The Interpretaris was not what your would call a sophisticated production but it was decided to make a sequel the following year called Vega 4. 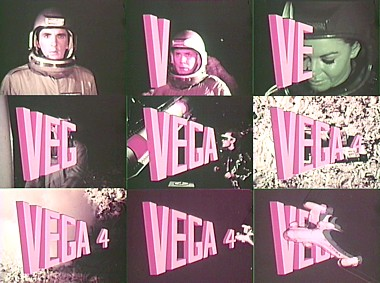 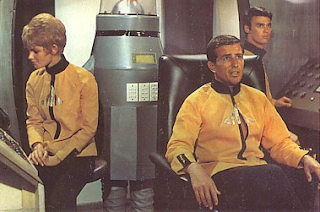 The third series in the trilogy was Phoenix Five. The same basic formula was applied: the title referred to the spacecraft (which also resembled the earlier model), with a crew of two male, one female and a computeroid (this time called Karl).  The major difference was in the structure. Phoenix Five was not a serial, but consisted of self-contained episodes.
Here's the titles and groovy sound track. Enjoy.