Abba was way ahead of their time, if you listen closely to their song Take a Chance on Me you will realise that it's about Jackie Chan. The lyrics go:
"If you chance your mind (Jackie Chan)
I'm the first in line (Jackie Chan)"
Quite surprising considering at the time of the songs 1976 release, Jacky was still only being cast in supporting roles after much uncredited stunt work. On further listening it turns out Abba had a strong kung fu theme in several of their songs like in their song Dancing Queen:
"See that girl, watch her scream, kicking the dancing queen"
And also, if you listen carefully to their song Chiquitita they sing:
"Kick her teeth out, tell me what's wrong" 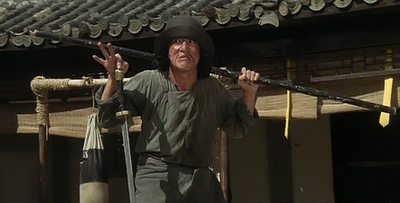