The Dick by Bruce Jay Friedman. 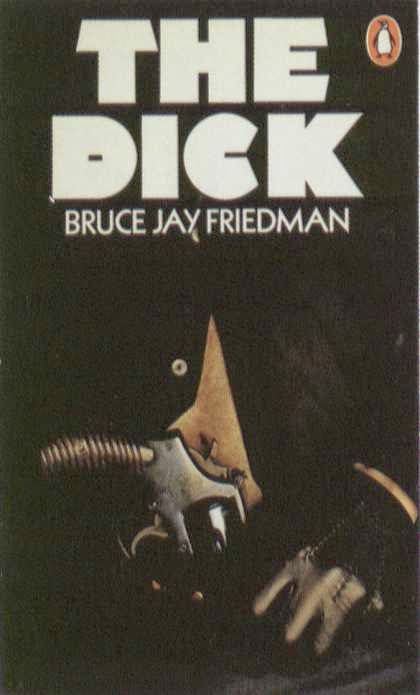 No matter how good his private investigating skills are, the dick won't be doing much probing if he runs around with his hair-trigger gun holstered like that.


The term "dick" for a detective was originally coined in Canada the and brought south into the United States by rum runners during the prohibition.  The fictional comic strip character Dick Tracy was given the first name of Dick in token of its being a slang expression for "detective".  Female detectives have in the past been called Dickless Tracy's or DT's.  Not to be confused with the Australian term DT for male swimwear meaning dick togs.
Posted by MrVampire at 9:10 AM