The Little People by John Christopher.
Nazi gnomes with whips!
Book covers don't get any better than this. Seriously look at how awesome that little guy in front is.  I think his name is Frodo. 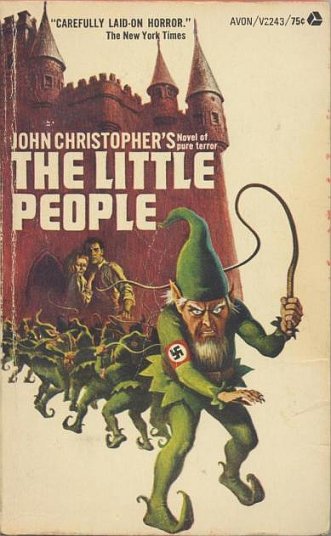 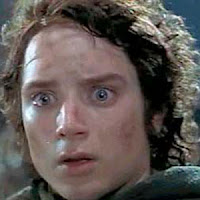 In his later years Frodo Baggins Turned to extreme political views seeking to oppress all humans with his evil army of far right wing hobbits.  It's not surprising Frodo went off the deep end.  He was never the same after that one unfortunate night witnessing Gandalf and Aragon with a strap on Bilbo.
Posted by MrVampire at 3:28 AM