This months book cover is: The Stars Are Ours by Andre Norton 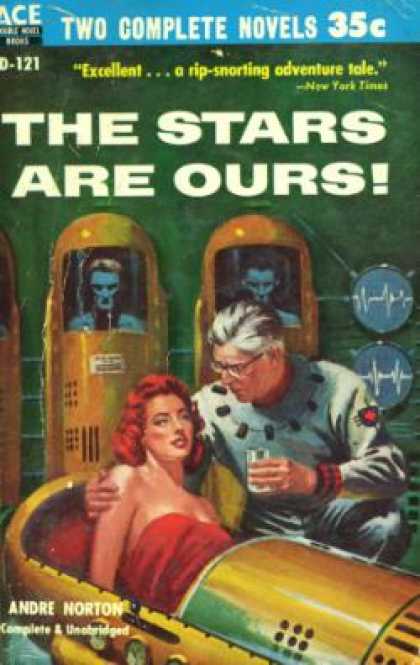 Cenral to this cover appears to be actress and dancer Rita Hayworth, sex symbol of the 1940s most notably acclaimed for her saucy portrayal as Gilda in the 1946 film of the same name.  The scientist reviving Rita from her cryogenic suspension could quite possibly be an aging version of The Professor from Gilligans Island.  At least he's brought his precious Gilda a drink. 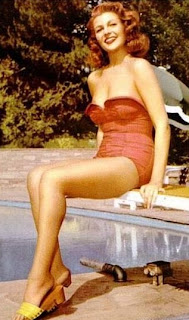 In the back ground we can see some of the other stars cryogenicly suspended in The Professors collection, which appear to be Dolf Lundgren and Boris Karlof.  One can only speculate what The Professor has in store for them.  What ever it is, it's promising to be rip snorting.
Posted by MrVampire at 11:37 PM