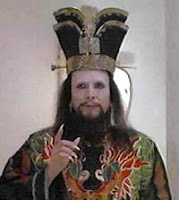 Went to one of our favourite restaurants the other day with family for Chinese New Year.  The owner there is a lovely lady who usually wears a traditional cheongsam dress.  At my age I think I'm past the whole labelling of older women as MILFs.  No, I'd have to say the restaurant owner is a total GILF.  But I didn’t need to tell you that... out loud.
Sometimes it's her husband who takes our order, I think his voice sounds exactly like the actor James Hong, who played the evil Lo Pan in Big Trouble in Little China.
I'm always expecting him to say "And for desert you will be thrown into the hell where people are skinned alive." 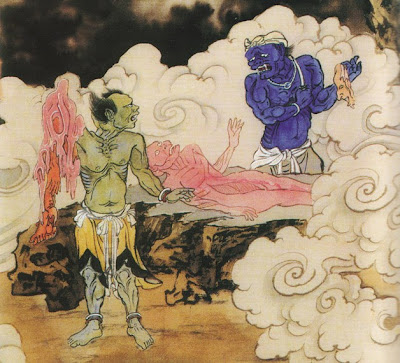 The Chinese have a lot of hells.  One hundred and thirty four of them apparently.  The Buddhist text Wen Diyu Jing mentioned 134 worlds of Diyu (hell) but this is often simplified to 18 levels of hell for convenience.  You can look forward to a world of hurt catering for each bad thing you’ve done waiting for you.  The levels are overseen by 10 courts, each with it's own ruler and plutocracy of demons.
Some of the great features of Diyu are: The Lake of Blood, The Mountain of Knives, The Iron Web, The Sixteen Departments of Heart Gouging, and The Office of Fair Trading (seriously that’s what it translates as) to name just a few.  These days Hell is probably all computerised and has an IT department. 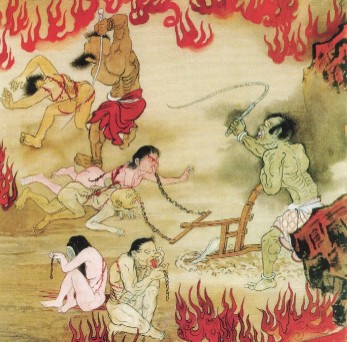 Eveytime I look at some of these paintings of Diyu I can't get a song by Pavement called Land of the Hot Knives out of my head. 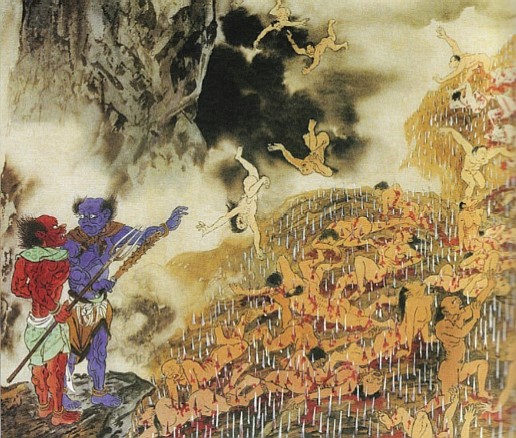 Posted by MrVampire at 9:21 PM